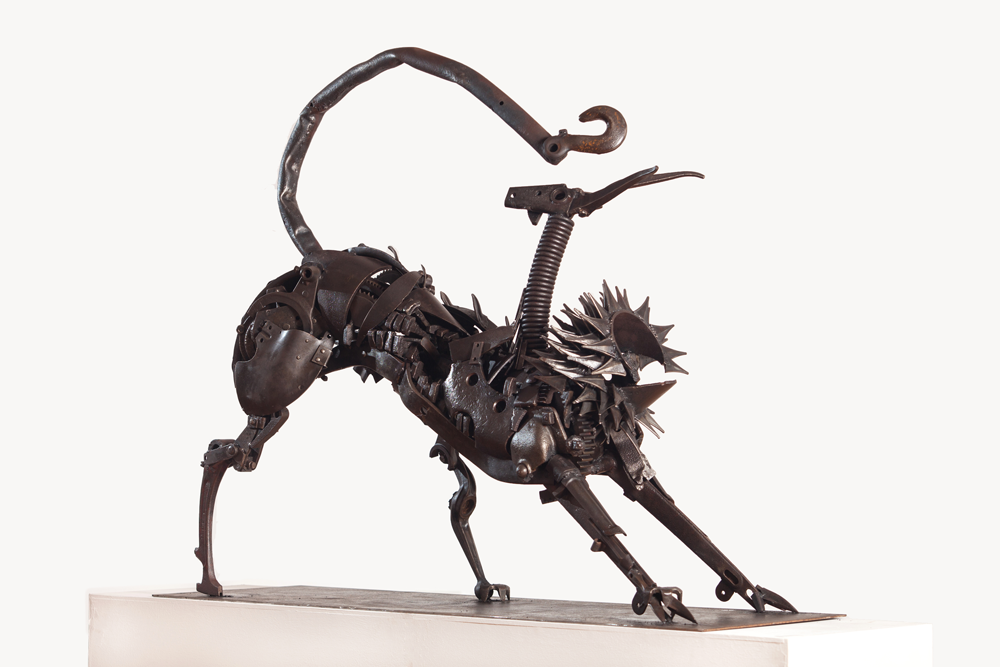 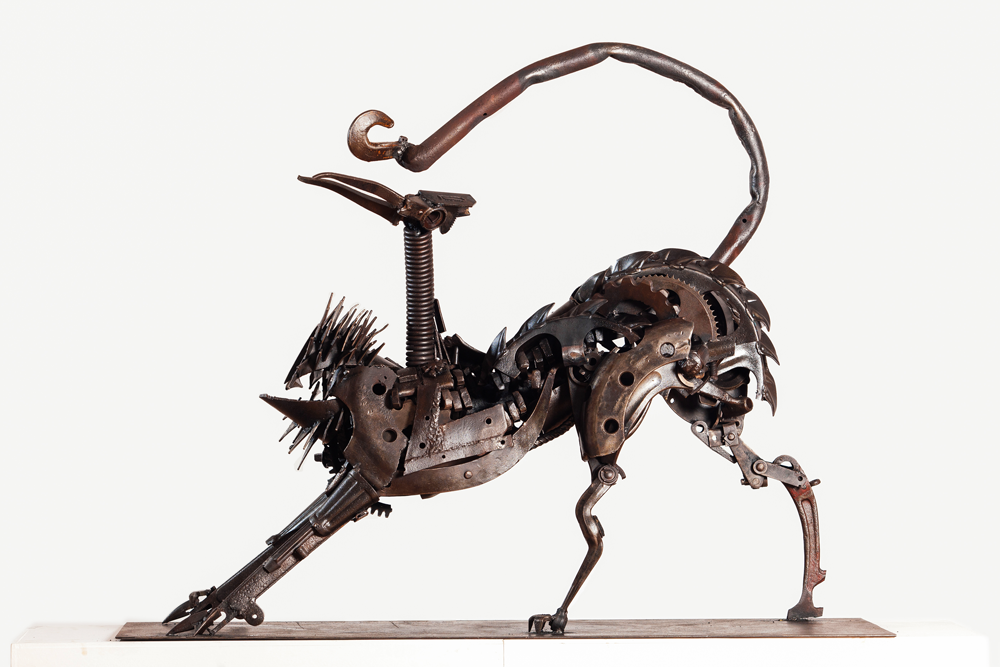 The chimera is a mythical creature composed of a wild goat, a lion, and a serpent. Being the daughter of the monster Typhon and his wife Echidna, chimera had a gigantic force and was breathing fire from all three of her throats. According to Greek mythology, the chimera lived in Lycia, in the volcanic crater Krag known today as Kulehimera, and as soon as she would smell a human, she would come out of her lair to burn them with fire. According to a legend, the chimera was killed by Bellerophon with the help of the winged horse Pegasus, who cut off all of her three heads.

Inspired by Greek mythology and the chimera story, I decided to illustrate this monster just at the moment when her lion’s head is being chopped off, while the serpent (visible in the chimera’s tail) and the goat (whose neck and head protruding through the back of the animal) are struggling in a desperate attempt to leave the decapitated lion’s body and thus avoid the oncoming end –  of course to no avail, because they are all part of the same bizarre dying whole. It is exactly that struggle for life and the tragic end that contribute to the dynamics of this composition.