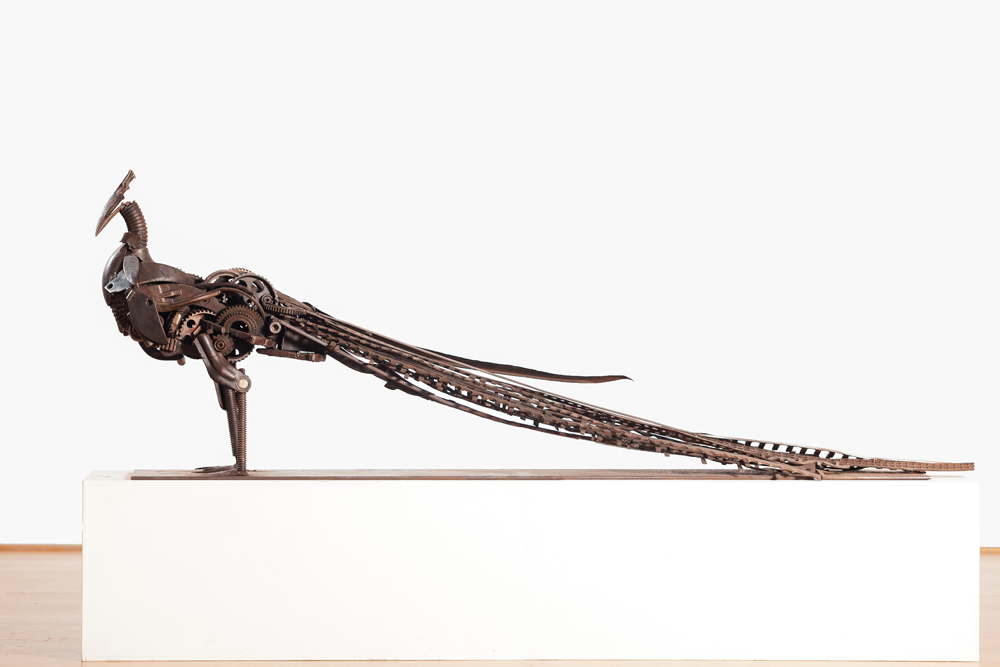 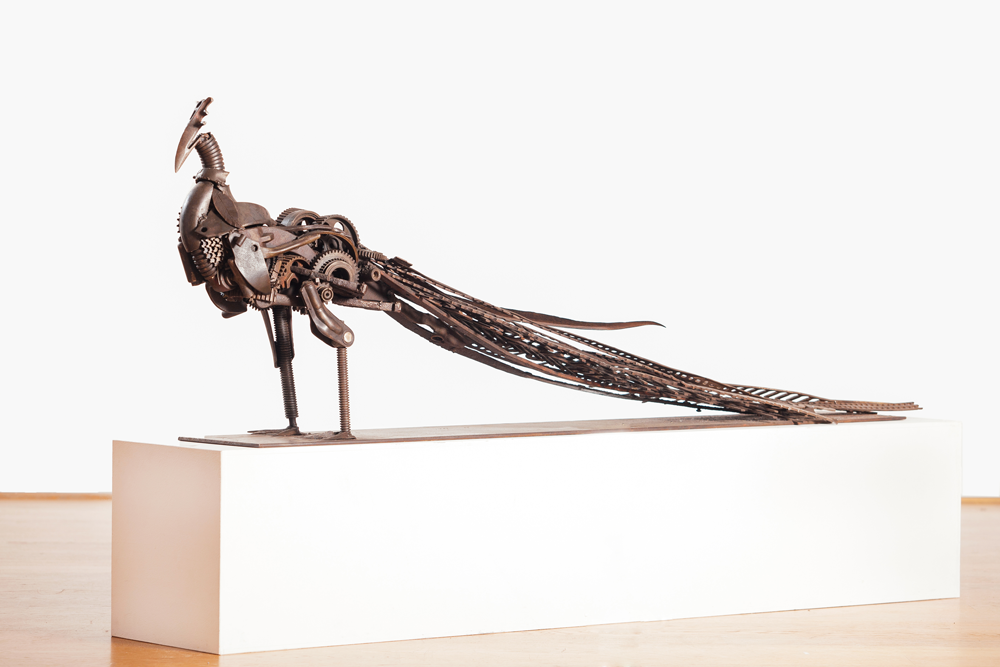 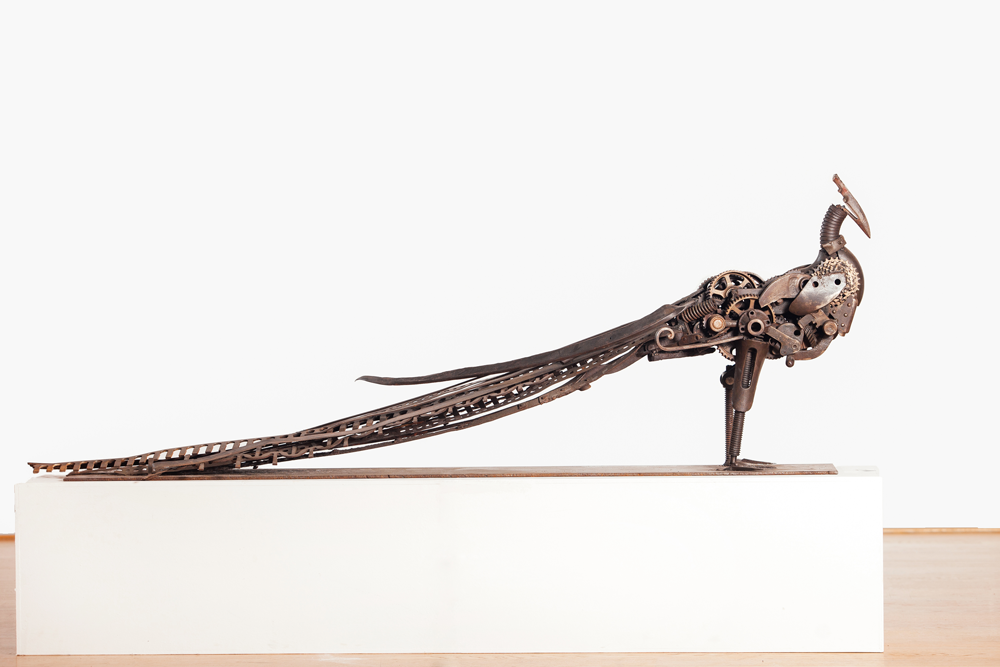 The inspiration to create the peacock arose from studying early Christian sarcophagi from Rome to Poreč, which often contain reliefs of peacocks. In Christian iconography the peacock symbolises immortality, and such symbolism has developed from the popular belief that the peacock’s meat does not rot, so peacocks as such appear in the scenes of the birth of Christ. However, the peacock’s strutting and its habit to show the beauty of its feathers are the reason why it has also become the symbol of the world’s pride and vanity.

In the sculpture of the peacock, made of scrap metal – an unattractive and difficult material, I tried to show the ease and elegance of this fascinating bird. The composition of the sculpture is placed on a diagonal, and the peacock’s tail is closed to arise in viewers the feeling of curiosity and suspense waiting for the peacock to spread out its spectacular tail.