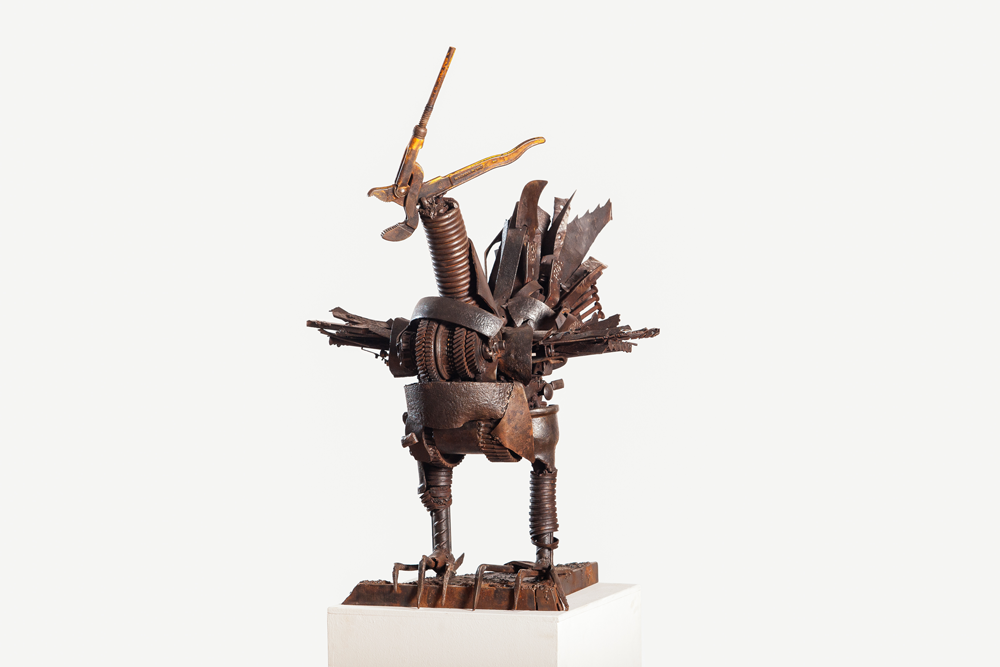 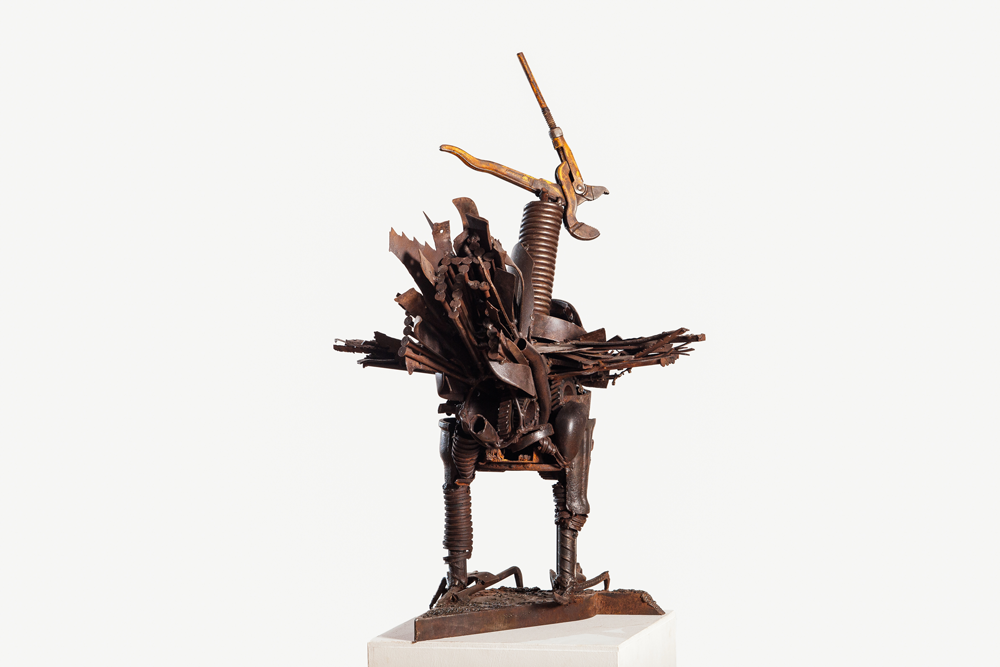 The rooster is the first sculpture I created from scrap metal. It was also the exhibit at my final graduation exhibition in Split – a city with an immensely rich history and cultural heritage, which certainly had a profound influence on my creative career. However, it was not only the walls of Diocletian’s palace and its interior that influenced my creativity, but it was in Split that I first met the heavy industry and shipyards’ scrap metal.
When I arrived at the city industrial waste dump for the first time, I was fascinated by the number of items I found there, ranging from machines for marine use over parts of trucks to old coffee grinders from grandma’s attic … I was elated as if I were at some kind of archaeological site: each item had its own story, and if it did not, I would invent one and convince myself that exactly that one was true. In a sense, Split waste dump is indeed a kind of archaeological site because it is the rest of a huge Yugoslav mastodon that went bankrupt and has laid in heaps like a huge carcass around which the vultures of the new system are already circling.

Then, I imagined a live metal rooster standing at the top of this lifeless pile of metal crowing in a huge effort to wake up the dead giant. Soon I began to spot the metal parts I would use to breathe life into my imagined animal in which I tried to compress all the rage and the dramatic force that permeated me.

I often returned to the city waste dump feverishly seeking such pieces that would suit my sculpture. This went on for months because I did not give in to any compromise – just like later in the making of sculptures. In a few months, everything was completed except for the head which I did not manage to find.

I would arrive and leave the city waste dump having found various solutions, but none was the right one.

One night while walking in the attic of the unfinished building I rented on the outskirts of Split, I entered the room my landlord used as a tools warehouse, and suddenly I noticed his pliers. The enthusiasm was great, I could not sleep, I knew that these pliers could work on the sculpture. I took them and in the morning I rushed to the Academy and welded them onto the neck of the rooster. It was a big hit! Among the guests and professors invited to my final exhibition was also my landlord who immediately recognized his pliers and smiled in surprise admiring them in their new role.